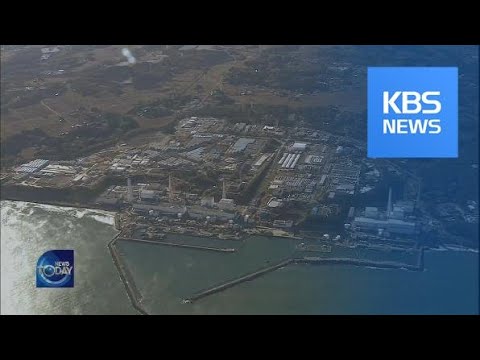 [Anchor Lead]
Radioactive materials were detected in some processed foods imported from Fukushima, Japan.The radioactivity levels were all below the allowance but they were all sent back. Unlike seafood, which can be banned completely if they are contaminated with even a bit of radioactive materials, there are no regulations governing processed food imports.
[Pkg]
There's been growing safety concerns over food imports from Japan ever since the 2011 nuclear reactor meltdown in Fukushima.Seafood imports from Fukushima and seven other Japanese prefectures have been banned, but not processed foods.
[Soundbite] REP. NAM IN-SOON (DEMOCRATIC PARTY (AT 2013 GOV'T AUDIT)): "Processed seafood products, like salted seafood and dried fish, are imported into Korea. Rice from Fukushima is banned, but not sake and wine made from that rice. "
Despite mounting concerns, import of processed food products has been increasing annually.Over the past five years, Seoul imported 29,000 tons of food products from the area, including rice wine from Iwate Prefecture, sauces from Tochigi Prefecture, and soy sauce from Chiba Prefecture. During that period, radioactive materials were detected in 35 processed food imports, amounting to nearly 17 tons.The radioactivity levels were all below the permissible level of 100 becquerels.
[Soundbite] LEE EUI-KYUNG (MINISTER OF FOOD AND DRUG SAFETY (AUG. 19)): "Minimal levels of radioactive materials were detected in 16.8 tons of food imports. All of them were sent back."
According to the Korean Ministry of Food and Drug Safety, thorough testing is done during quarantine and the processed food sold in the nation is quite safe.Still, many are demanding more rigorous measures.
[Soundbite] PROF. KIM IK-JUNG (FORMER DONGGUK UNIV. MEDICAL SCHOOL PROFESSOR): "Korea can set limits and regulate imports. More imports should be inspected in a more rigorous manner."
Some highlight the need for an import ban on not just agricultural and fisheries products

Hospital Food Around the World (Japanese Food is a Like a Gourmet Meal!)

What do you know about hospital food around the world? Basically, we used to think that everything they serve in hospitals is not very tasty, to say the least. Actually, some of the countries might make you reconsider everything you thought you knew about hospital food! Wait until you see what the Japanese are cooking up for their patients! For example, Japanese hospital food is a lot like a gourmet meal.Hot soba noodles, chicken in a mushroom sauce, and a daikon carrot side salad is just one example of a delicious-sounding hospital meal! Patients are also offered a small afternoon ...

** PLEASE SUBSCRIBE ** It's well worth a walk through and you must go to the massive food basement and visit the fish section. Hankyu Umeda is one of Japan's largest department stores.The flagship location carries labels such as Balenciaga, Chanel, and Prada. Instagram: Views:1555155104 High evaluation: 1 Low rating: 0 Post date:2019-04-13 11:31:44 VideoID:XEYSeTtb4_w 出典：YouTube

Japanese food # 4 at Target How many Japanese things do they have?

[TKG] This is a new type of egg rice. Pour the salty fluffy egg yolk over the fragrant Hojicha rice and enjoy. It is also delicious over rice (^^ ♪ Ingredients can be easily prepared with four (egg, salt, rice, roasted tea). Also pasta. risotto. You can arrange it for salads and so on, so make sure to make it all together. 【material】 Eggs (any number) The type of salt (so that it can wrap eggs) is common, such as Hakata salt 200g rice 7g roasted tea 300g water "How to make" 1. Spread the salt on the bat, put ...