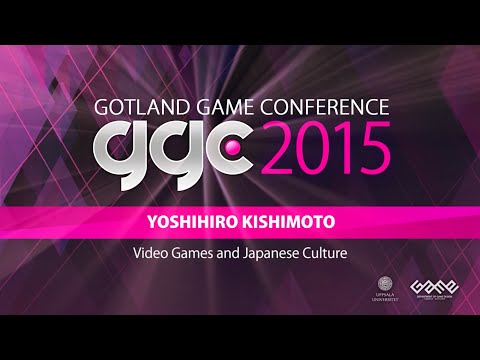 Have you ever played Japanese video games? For example, Super Mario or Pokemon? Japanese games such as Mario and Pokemon became popular all over the world after the success of the Nintendo Entertainment System during the 1980s.In addition, other aspects of Japanese popular culture such as anime (animated cartoons), manga (comics), and cosplay (costume play) have become incredibly popular overseas.
Japanese video games bring together both technology and creativity.It is my opinion that the roots of this lie in Japan's 2000-year old culture.Japan is situated at the edge of East Asia and was isolated from the world for most of its history. has maintained the same culture and language in way which sets it apart from other developed nations.It is here that we can find the source of what makes Japanese games special.

For example, in my presentation I will demonstrate how the famous character Mario's pixel design was influenced by Japanese orthography, specifically kanji (ideograms) .also, manga has its roots in Japanese picture scrolls.Even the popular game Pokemon was likely influenced by the “ capture and release ”system found in shogi (Japanese Chess).

I will also talk about the history of Japanese video games after the 1970s: from arcade games (Space Invaders) to home entertainment systems (NES), portable games (Pokemon), and finally smartphone games (Puzzle and Dragons) .I will close by talking about one of my current research projects, the development of Global Math, a worldwide platform for games which teach mathematical skills.
Yoshihiro Kishimoto is a game designer and associate professor at Tokyo University of Technology's media department.He has been designing games since before the Nintendo Entertainment System existed.After a 29-year career in video game development working for companies such as Namco and Koei, he switched hats to become a researcher in the same field.He has worked on exactly 60 games.
Professor Kishimoto's research is focused on how the power of video games can be used to benefit education and society at large.He teaches classes and workshops on gamification and is also involved in the production of “serious games,” which teach skills such as mathematics and cybersecurity.

Sea Shepherd's sub group the Cove Guardians aka: Cove Coward Guardians are currently in Taiji, Japan behaving like smug western imperialist disparaging Japanese culture. Of course the clowns hide this behind their pretend mantra of the care for dolphins to “documenting for the world” the activity in Taiji. On the Cove Guardians Facebook page (see link below) they posted a photograph of Japanese men at the water ’s edge with this inscription: “1456: Several new faces are seen with The Whale Museum staff at the harbor pens. They must be nervous to be seen since everyone is wearing a mask ...